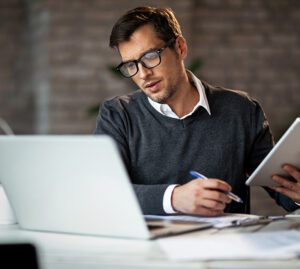 Almost all sentences end with a bang; that is, the energy builds to a climax. There may be a high point in the middle, but nearly always, the ending, especially the last word, is the strongest hit in the sentence. That word also happens to be a noun most of the time, although it may be another part of speech as well.

When you read even the shortest sentence, ease into it and keep your vocal energy in reserve to hit on a big ending. The natural tendency for people new to voice over technique is to run out of gas by the time they get to the end of a sentence and almost cavalierly throw it away, when instead the opposite effect should occur. Ease into the sentence in the beginning, increase your energy gradually as your progress through the sentence, and give a strong dramatic push to the ending. Note that the listener always has a tendency to remember best the last word spoken, not the first. This dramatic push should be especially strong at the end of a topic, before a transition, and most of all, at the end of the entire script itself. Aim for a solid finish with follow-through.

Remember that the strongest ending of all is the ending of the last sentence in the script. Give this ending a sense of finality and closure by delivering it with strong focus, intensity, and purpose.